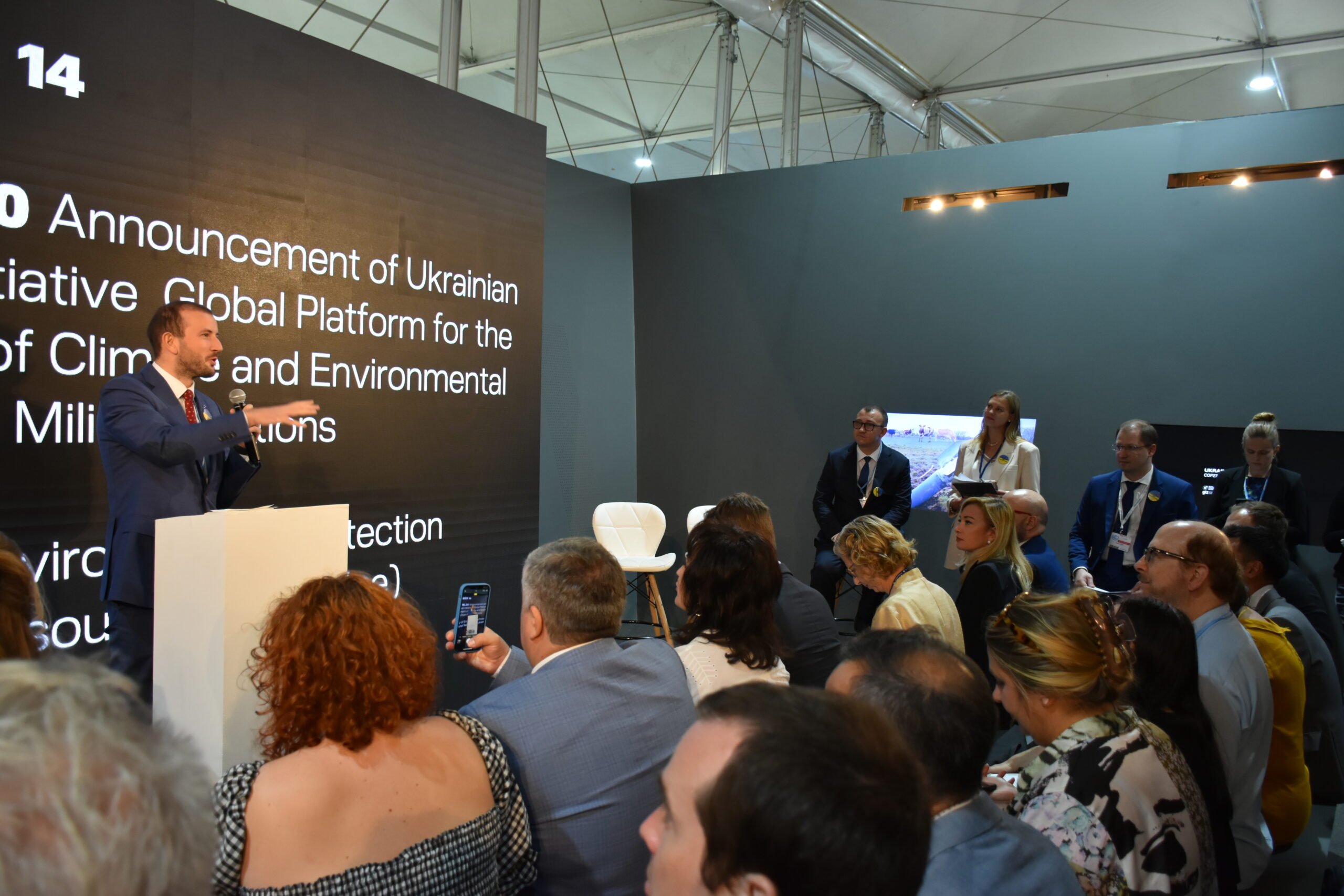 The relevant initiative was presented by the Minister of Environmental Protection and Natural Resources of Ukraine Ruslan Strilets at the 27th UN Climate Change Conference. Earlier, on November 8, the creation of such an international platform for cooperation was announced by President of Ukraine Volodymyr Zelenskyy in his video address to COP27 participants.

“Overcoming the consequences of the war and green recovery are the priorities of our environment today,” Minister Ruslan Strilets emphasized during his visit to the Ukrainian pavilion at the COP27. He also spoke in detail about the destructive consequences of the Russian invasion of Ukraine.

“Forests, rivers, subsoil, soil, air – there is no ecosystem that does not have devastating consequences. The whole Ukraine is talking about it today, the main Climate Summit of the year is talking about it, the whole world is talking about it. We have registered more than 2,200 environmental crimes of Russia on the territory of our country. The damage to our environment is already more than 38 billion euros, and every day of the war increases this amount. And the direct damage to the climate as a result of Russian aggression is at least 33 million tons of CO2 in the atmosphere,” Ruslan Strilets emphasized.

He noted that the Ministry of Environmental Protection and Natural Resources of Ukraine has been emphasizing this issue since the first day of the Russian invasion. War destroys the environment not only in Ukraine. It affects our entire planet and escalates the problem of global warming.

The Global Platform is expected to become a platform for international expert cooperation. Within its framework, common approaches will be developed to determine the damage to the environment and climate caused by armed conflicts. The basis of such work will be Ukrainian methods developed by the Ministry of Environment.

“I ask to support Ukraine and not to be afraid of the terrorist state. To be afraid of Russia means to remain on the sidelines of history. There is no more place for silent witnesses in the civilized world. I am sure that now our country has even more fans on the world stage,” Ruslan Strelets emphasized.

Ministrу of Environmental Protection and Natural Resources of Ukraine