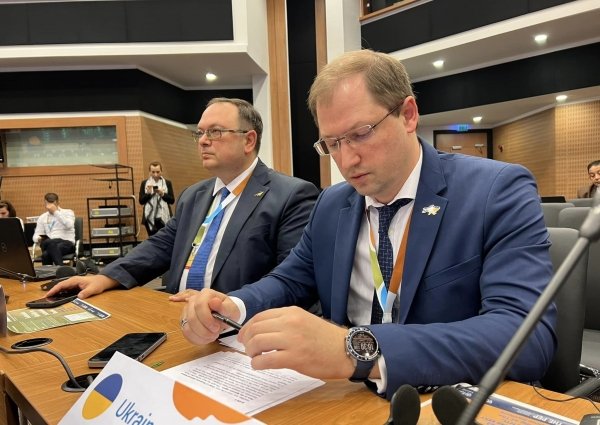 On the 6th of October, during the discussion “Applying the principles of circular economy to sustainable tourism” in the framework of the IX Ministerial Conference “Environment for Europe”, Minister Ruslan Strilets informed the participants of the event about the destruction of our nature reserve fund by the russians during the hostilities, as well as about the plans of the Ministry of Environment for future development.

According to Ruslan Strilets, the picturesque corners of Ukraine, the Red Book species of flora and fauna are suffering from the hostilities today. 20% of our protected areas are affected by the war. 8 nature reserves and 10 national parks are occupied. Almost 10 million hectares of the Emerald Network are under the threat of destruction. The enemy is burning and using our natural resources as a military base.

“The Ministry of Environment has not only not abandoned its pre-war plans in the field of nature protection. Now they are even more ambitious. We are creating the State Agency for Nature Protection – a separate body to manage our nature reserve fund. Its hallmark will be the Emerald Way of Ukraine – a network of our reserves, nature reserves, natural monuments united by a single infrastructure. Ukraine is not a country of one day. And now we are doing everything to make it convenient and interesting to explore the country that survived for the peaceful sky in Europe after the victory,” Ruslan Strilets said.

Ministry of Environmental Protection and Natural Resources of Ukraine